Good morning #VMWare fans, we are live on the last day of #VMWorld 2014 for General session Day 4. This should be a wrap up for the event, we have seen really good things that I will be covering in a separate article. Stay tuned.
By the way if you are looking for notes on the General Session Day 3… well we didn’t have one. That was a day concentrate on breakout sessions, hands-on labs and ExpoHall

T-15 minutes, pictures of the party yesterday on the screen..

We are about to start, no disclaimer today and Robin Matlock is up on stage

She just announced that the Black Keys donated a guitar and $248,460 were donated by the VMWare foundation during this week using their fly a paper plane initiative. 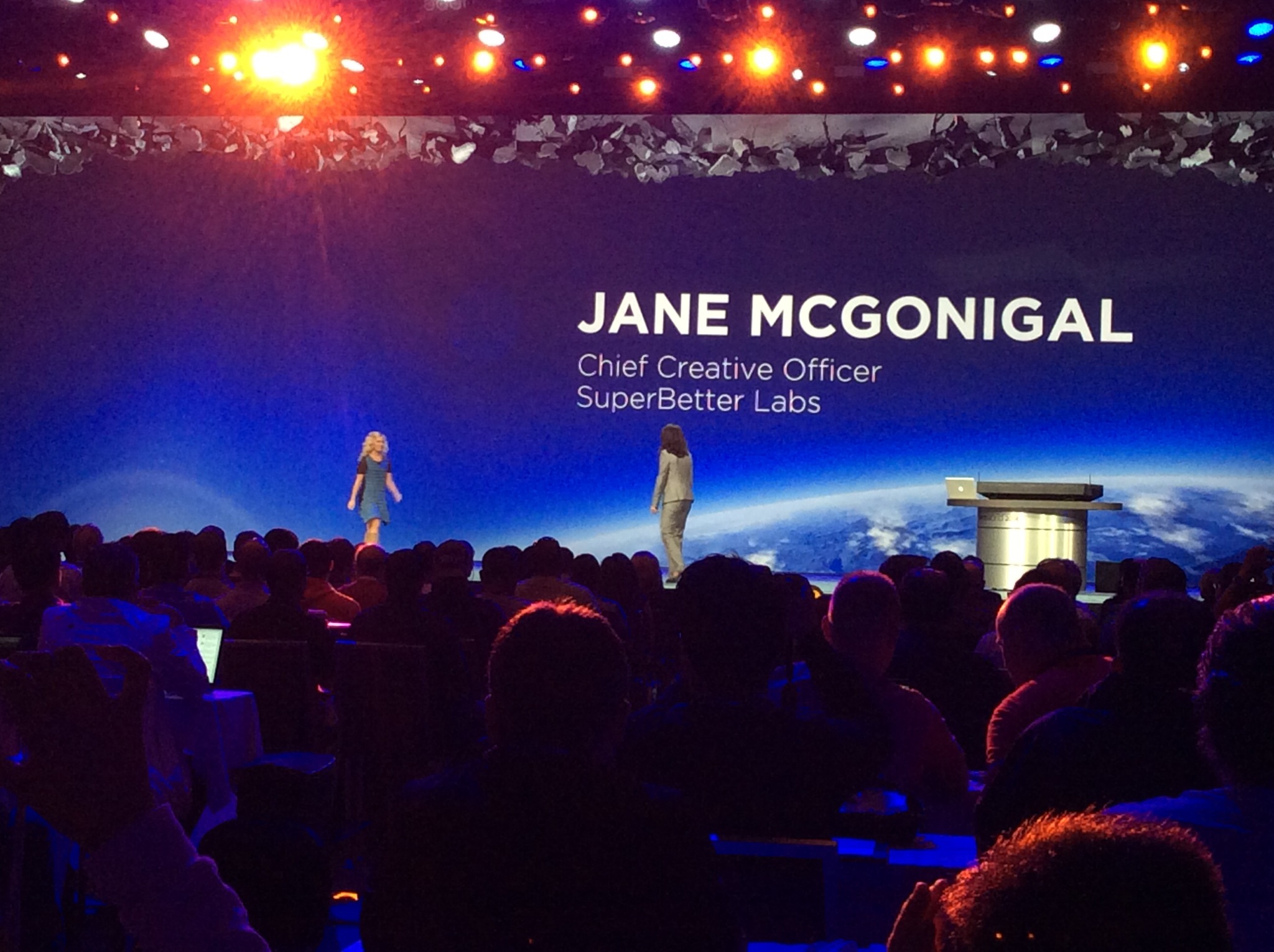 She is sharing that the world has reached 1 billion gamers worldwide, this is people playing online games 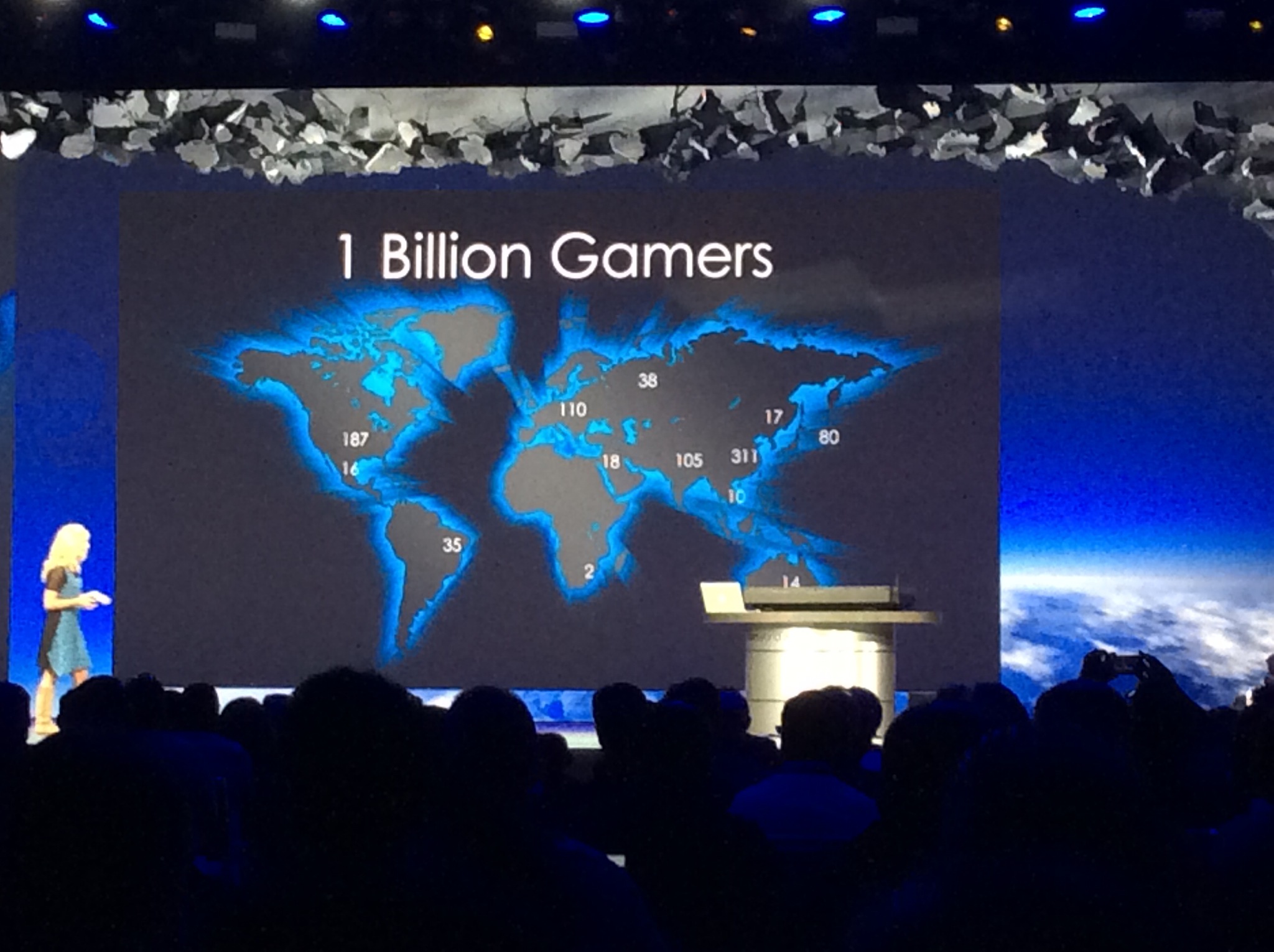 Call of Dutty players play an average of 170 hours per year, this is equal to one month of work

7+ billion hours a week are used in playing games 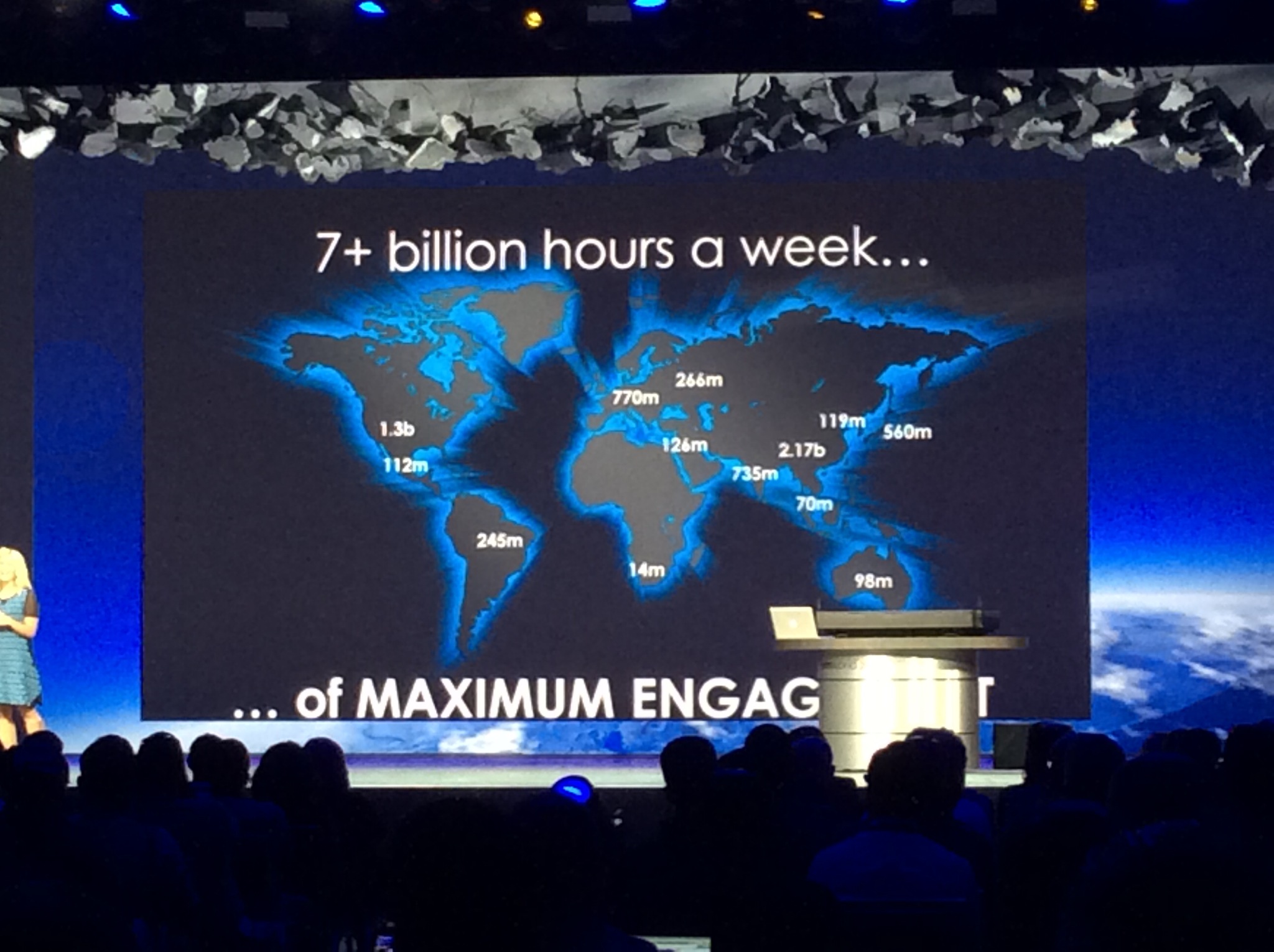 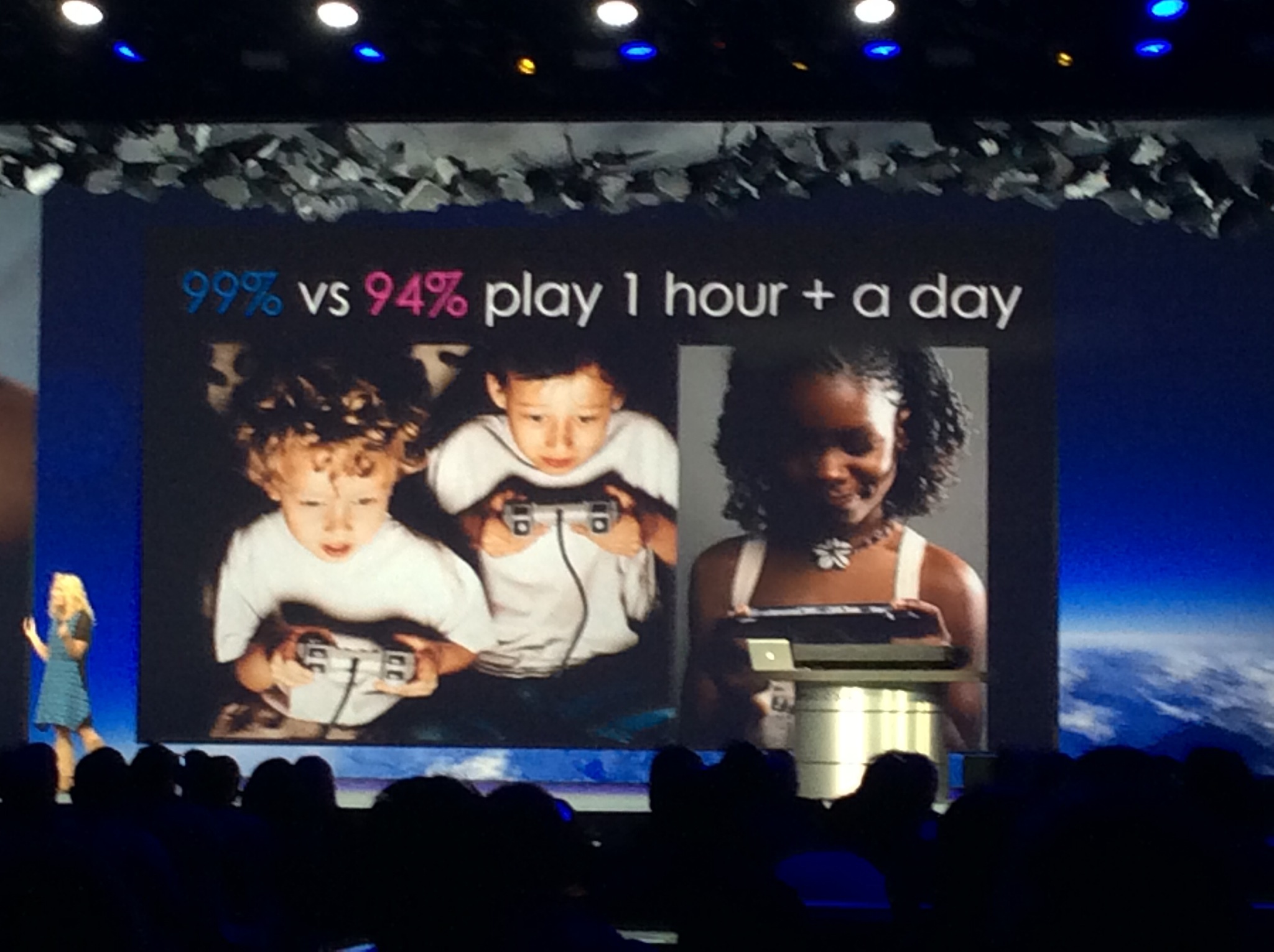 So how can games do good on the real world? She has been researching this for 13 years. So what are the emotions while playing games? #1 is creativity 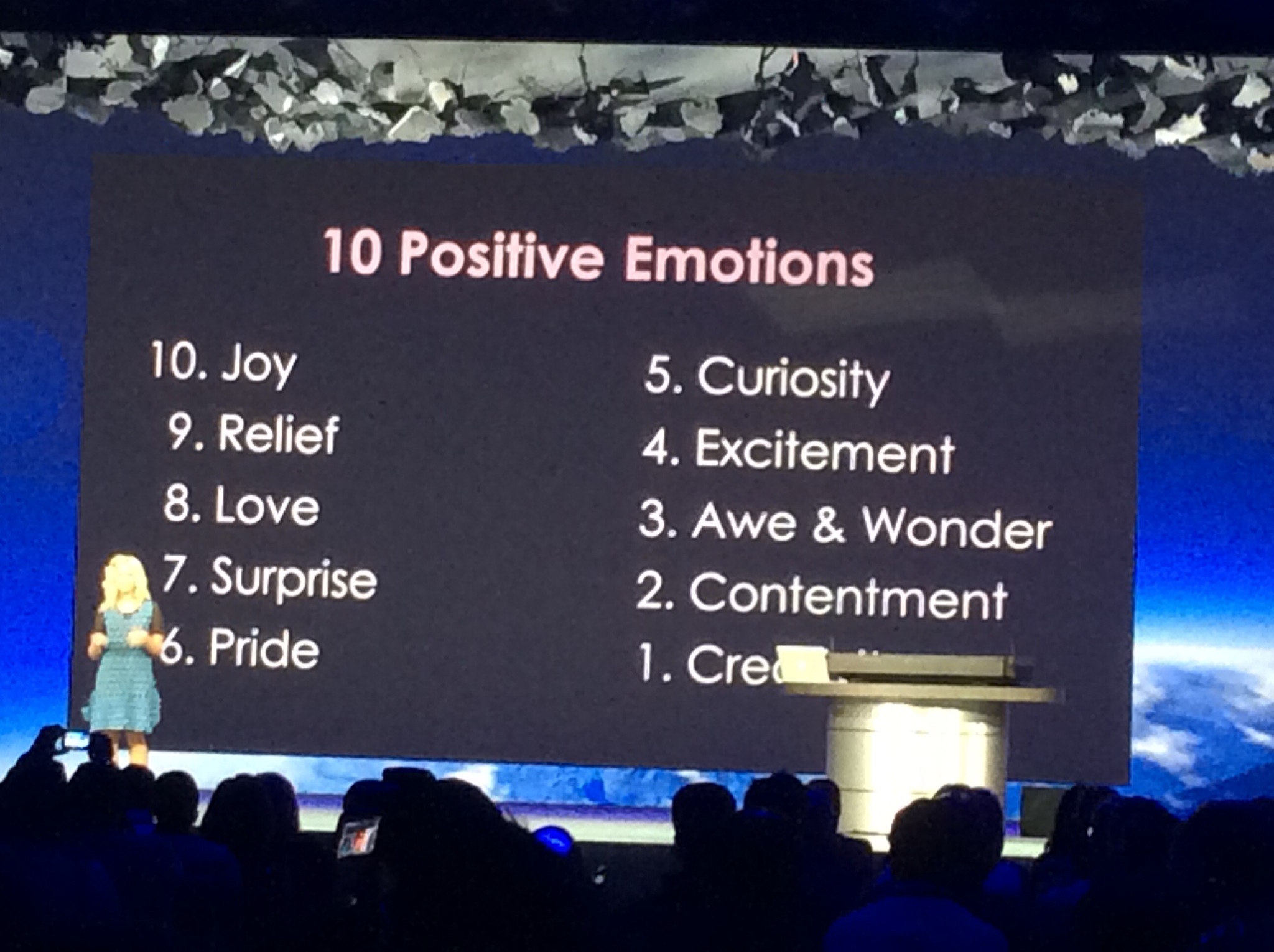 Now she is inviting us to play her favorite game, massively thumb-wrestling. 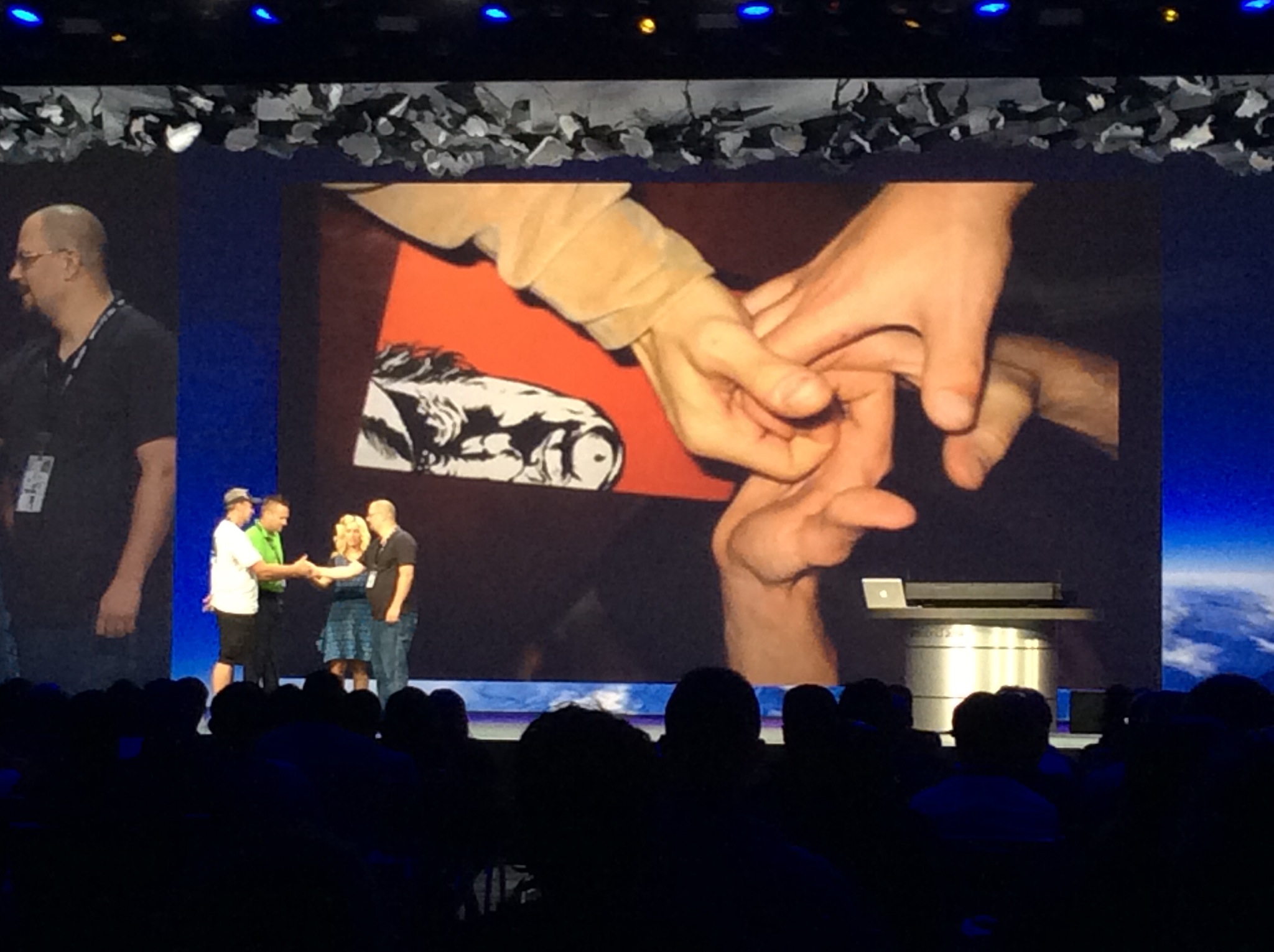 we all are playing this thumb wrestling… good laugh 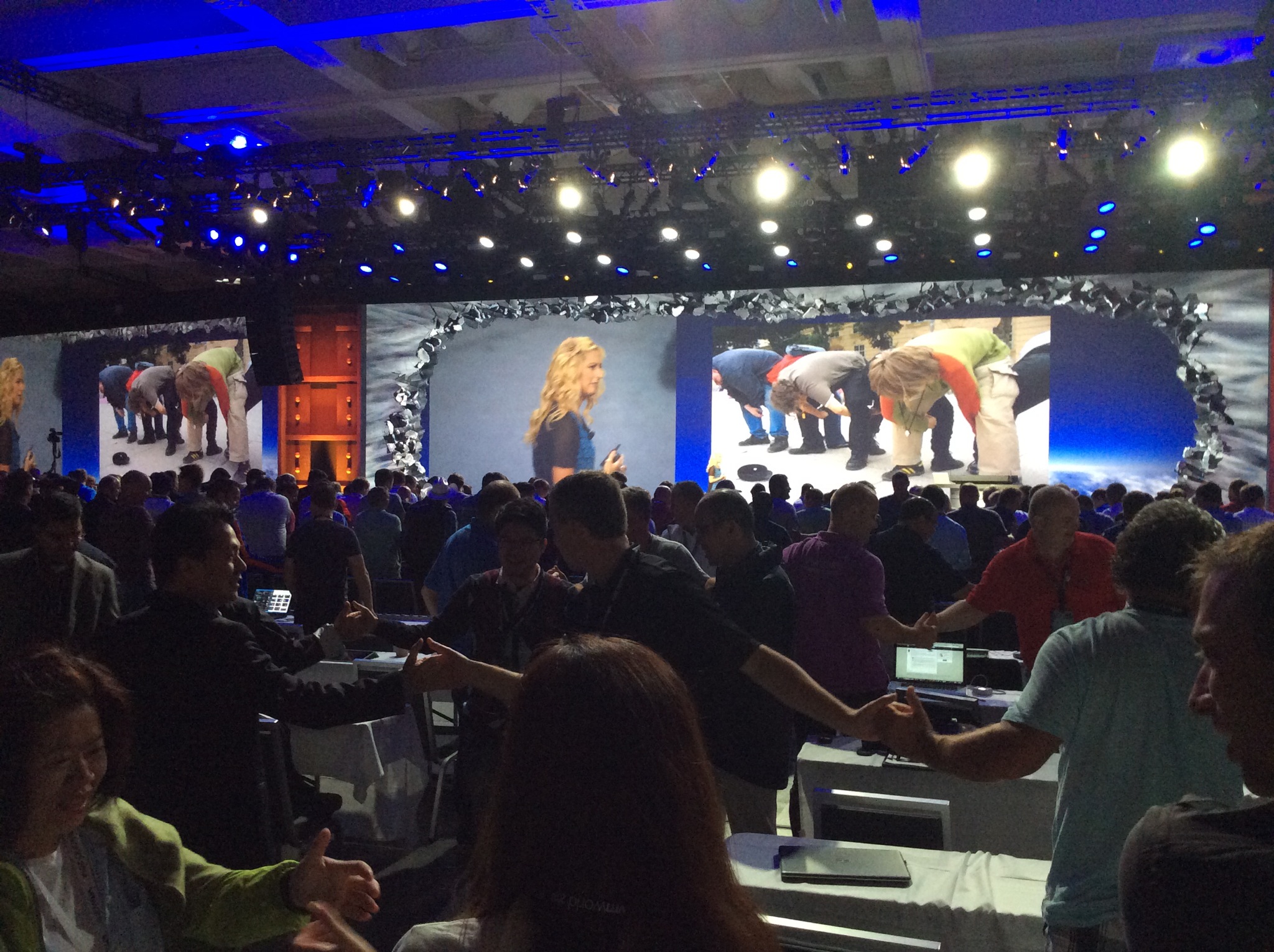 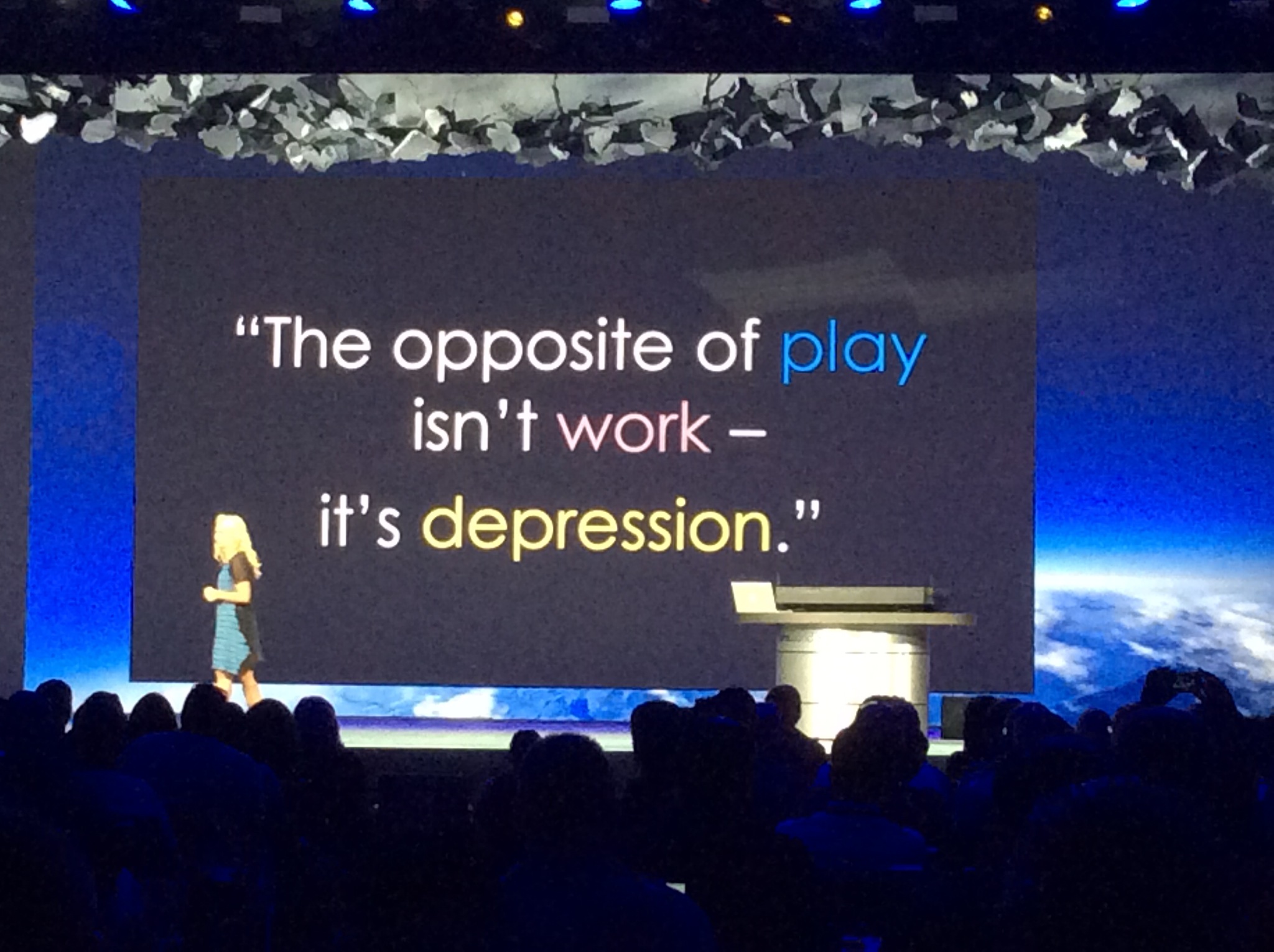 Now the next speaker is an inventor, designer to talk about how we interact with computers and how he has changed it, he is James Patten 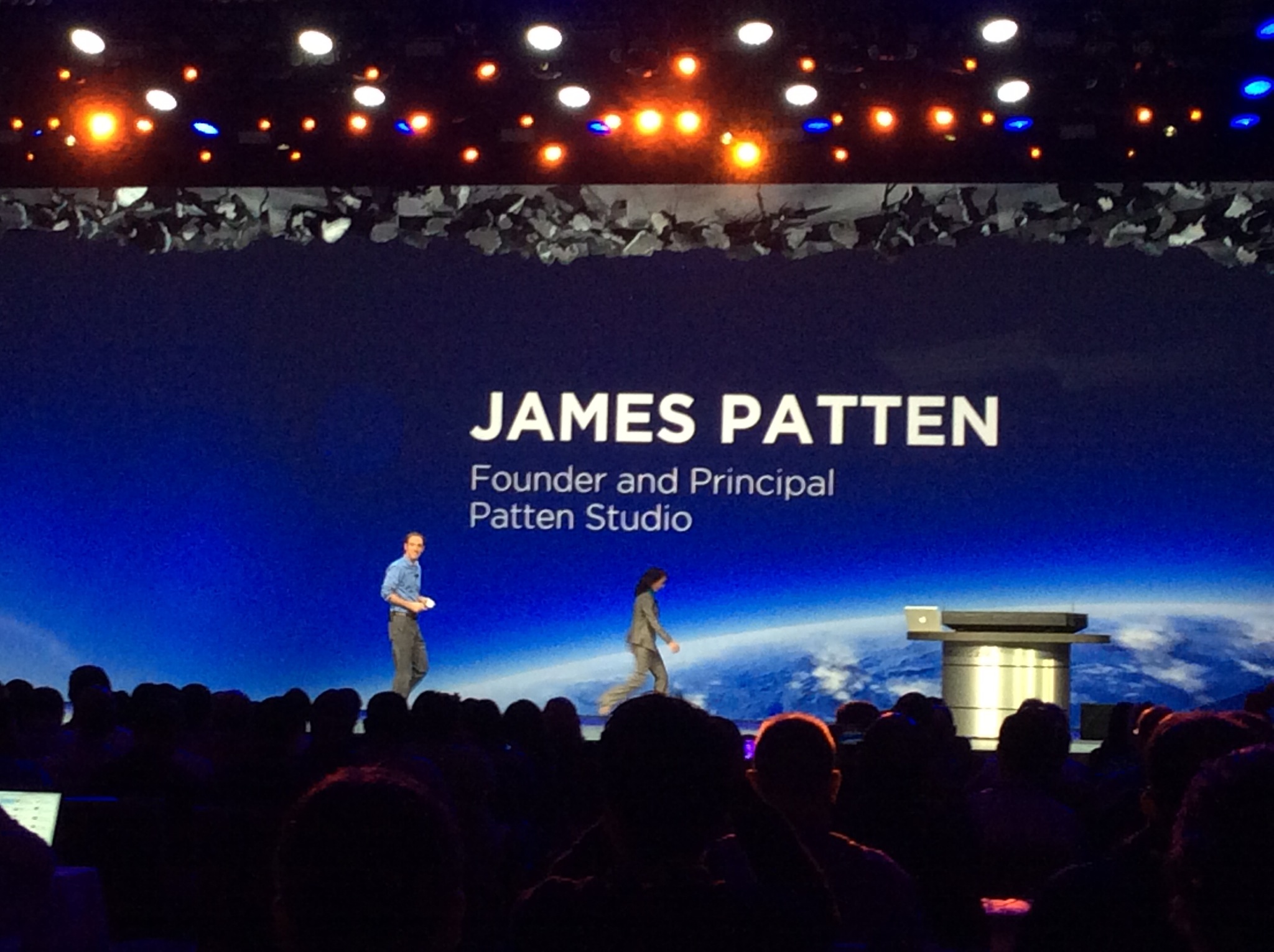 The mouse and touch screen have not changed much over the last 40 years since their invention.

He has been working on tangible interfaces to interact with the computer, the image below is an interface to create music 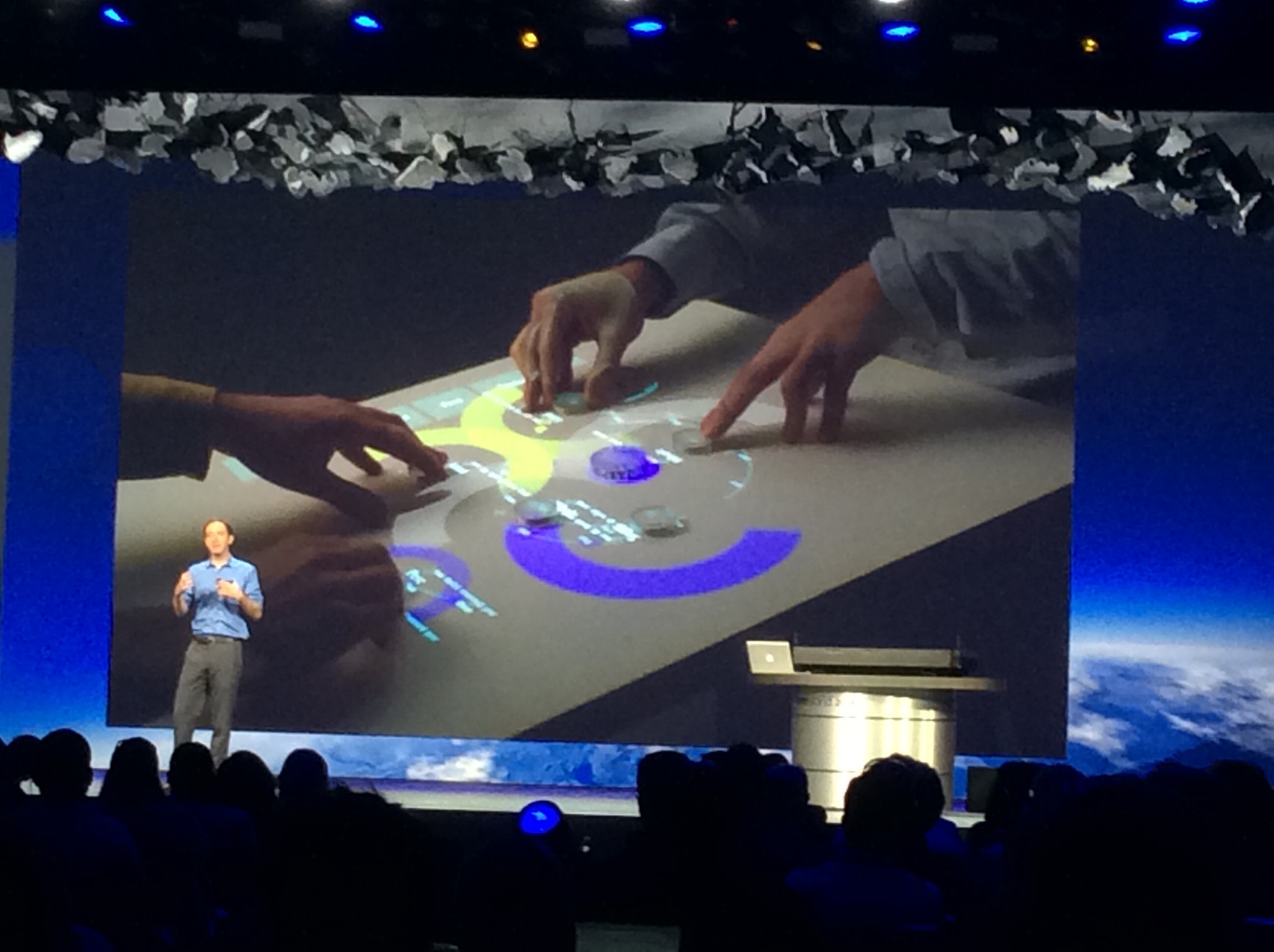 showing an interface to design where to put cellphone towers and how the computer automatically re-arrange the components. 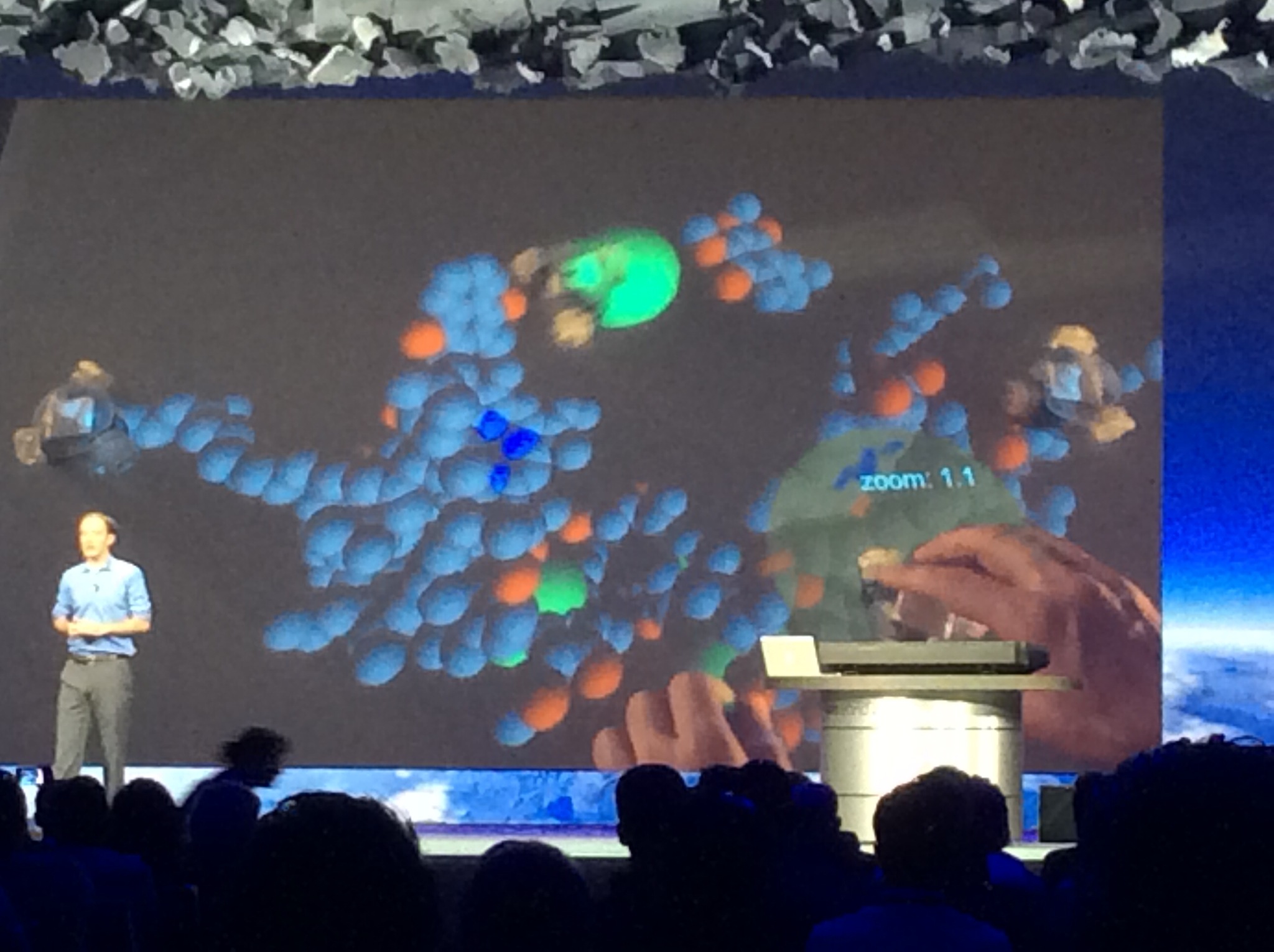 showing his robots for the first time out of the lab. His is now giving us an example how to use this interface to manipulate data 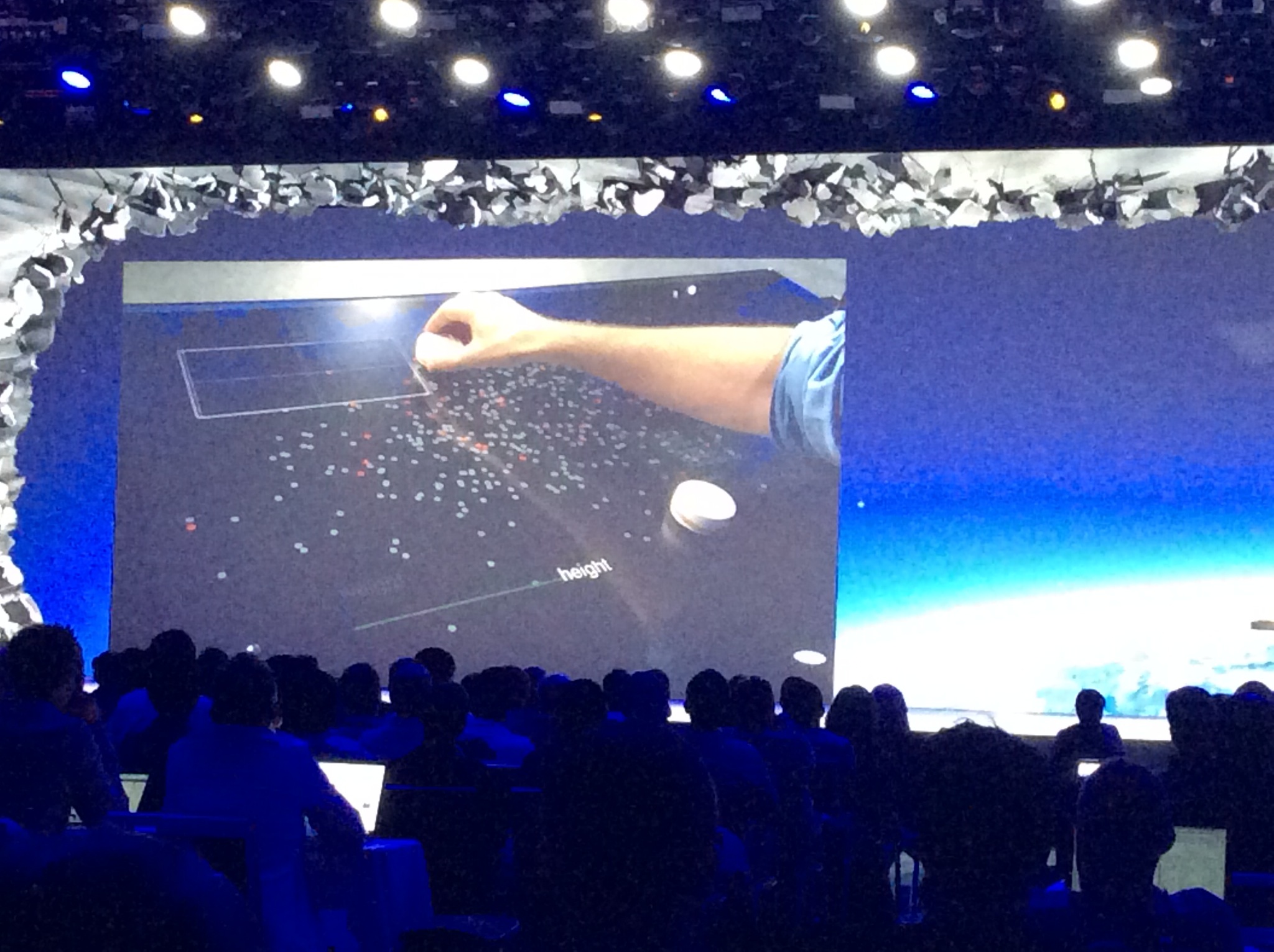 Our final speaker is a physicist that has done a lot of analysis between people and machines. Sean Gourley 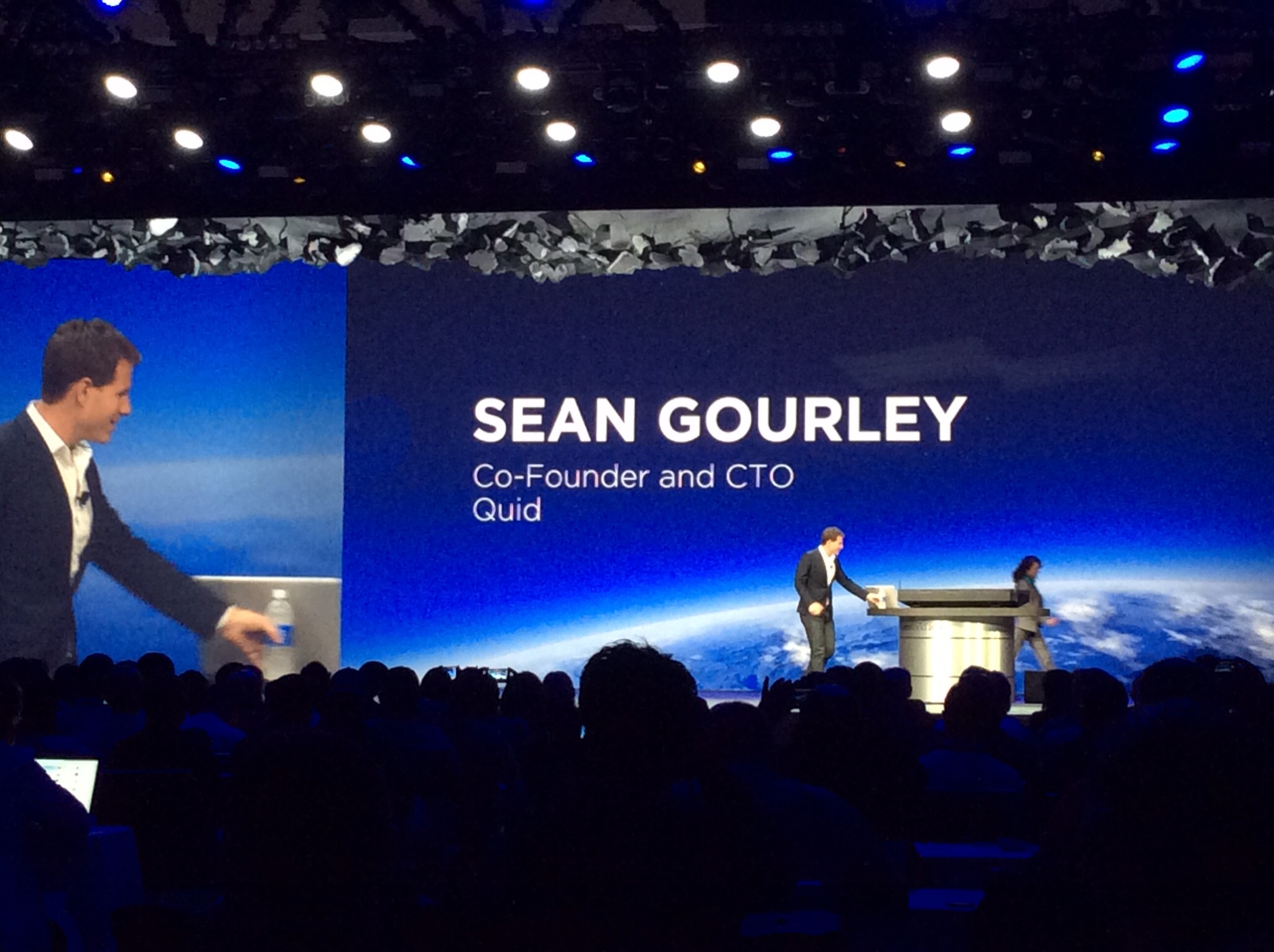 He is talking about chest and how computers has been used in the game in the past, Artificial Intelligence.

Sean is now giving us examples of how meteorologist use computers and that computers by themselves are 16% less accurate than when humans and computers create the weather forecast. 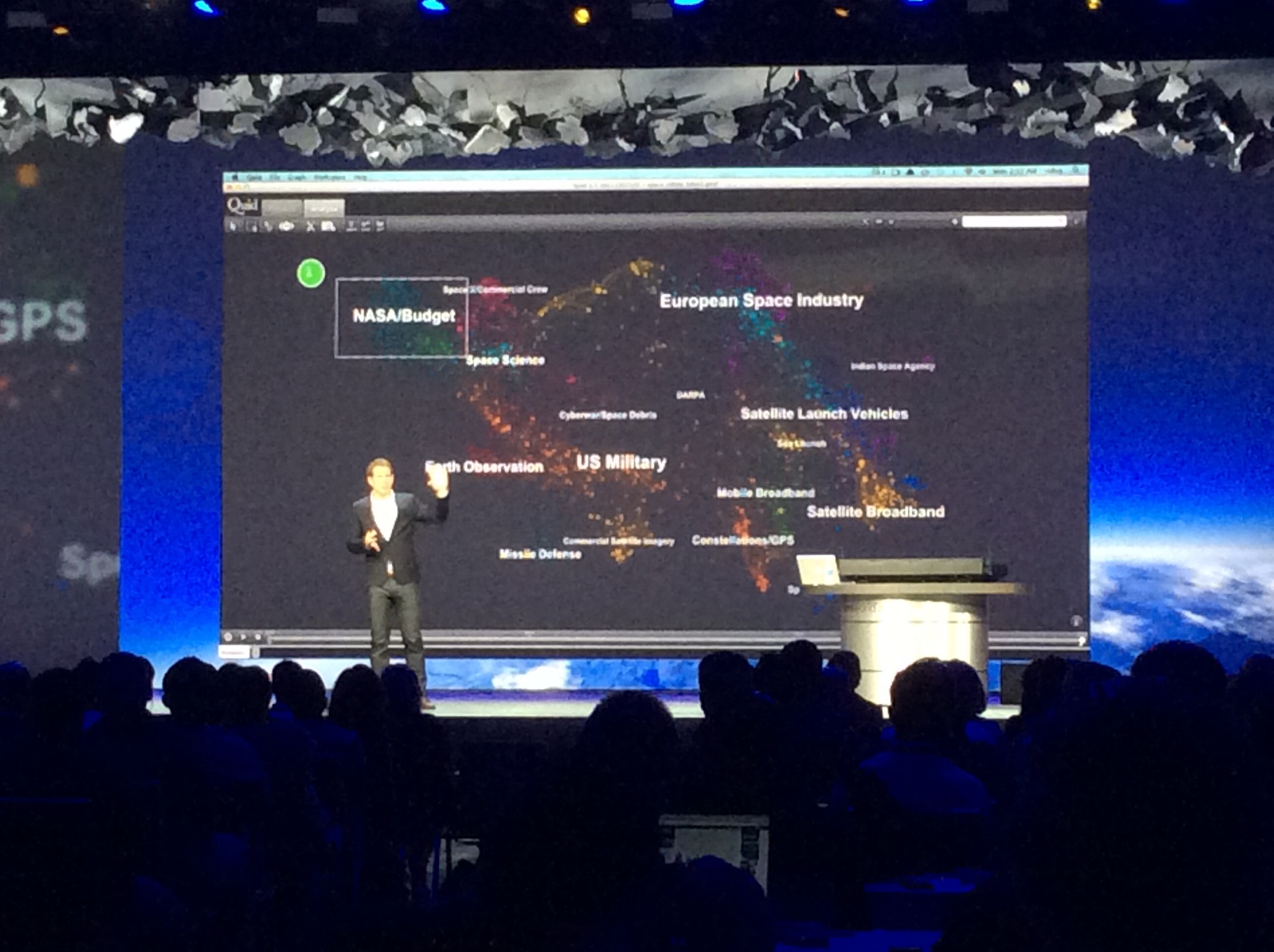 Really good presentation and that was it for general sessions, until next year … 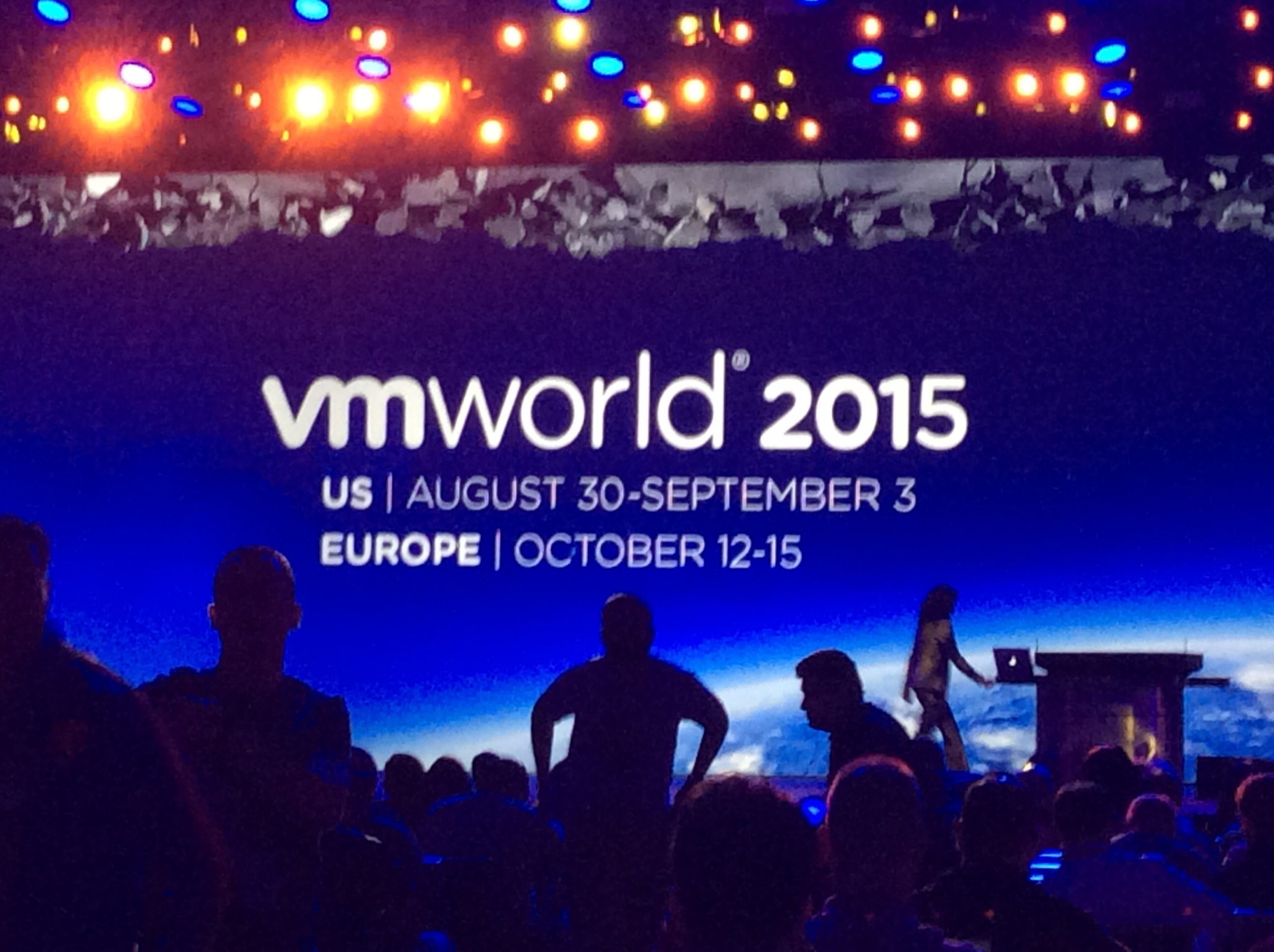